Our Power is Water - The Snake River Dams

Washington Gov. Jay Inslee and U.S. Sen. Patty Murray released a study called the "Lower Snake River Dams Benefit Replacement Study" that could lead to dam breaching legislation. The first draft of this report was released on June 9, 2022. A public comment period was open until July 11, 2022. The final report is expected to be released sometime in the Summer of 2022.

Learn more about this process at www.lsrdoptions.org.

Whether or not the dams can be replaced should not be the question. They should be asking, "Should the lower Snake River dams be replaced?"

It’s important that voters from all perspectives be heard. Benton REA is working with its state and national trade associations to develop a coordinated grassroots campaign to make it easier for everyone to make their voice heard. In the meantime, Benton REA is asking members to contact Gov. Inslee and Sen. Murray this summer to voice how the lower Snake River dams impact your life.

The first document was an analysis performed on behalf of the Bonneville Power Administration exploring the cost and environmental impacts of maintaining grid reliability across multiple scenarios in the event of the removal of the LSRDs. It verified there is currently no viable way, using existing technologies, to remove the LSRDs without either burning more fossil fuels or jeopardizing grid reliability.

The second document was an NOAA Fisheries report that calls for, in part, the removal of the LSRDs. This is concerning given the costs of doing so would increase rates significantly, and the document concedes that dam removal doesn’t guarantee more salmon.

You can submit comments to the White House Council on Environmental Quality by emailing salmon@ceq.eop.gov.

On February 6, 2021, Rep. Mike Simpson of Idaho proposed the concept of drafting legislation that would breach the four dams on the lower Snake River. His plan would attempt to stop the seemingly endless court battles over these dams. He also wants to compensate the electricity, river transportation, irrigation and recreation stakeholders through federal infrastructure funding.

Benton REA has many questions and serious concerns about the feasibility of the plan and questions the benefit of a plan that would ask taxpayers to spend $34 billion to significantly increase carbon emissions at a time when our region is taking drastic steps to reduce carbon emissions.

This proposal sparked a new wave of dam-breaching advocates and studies. 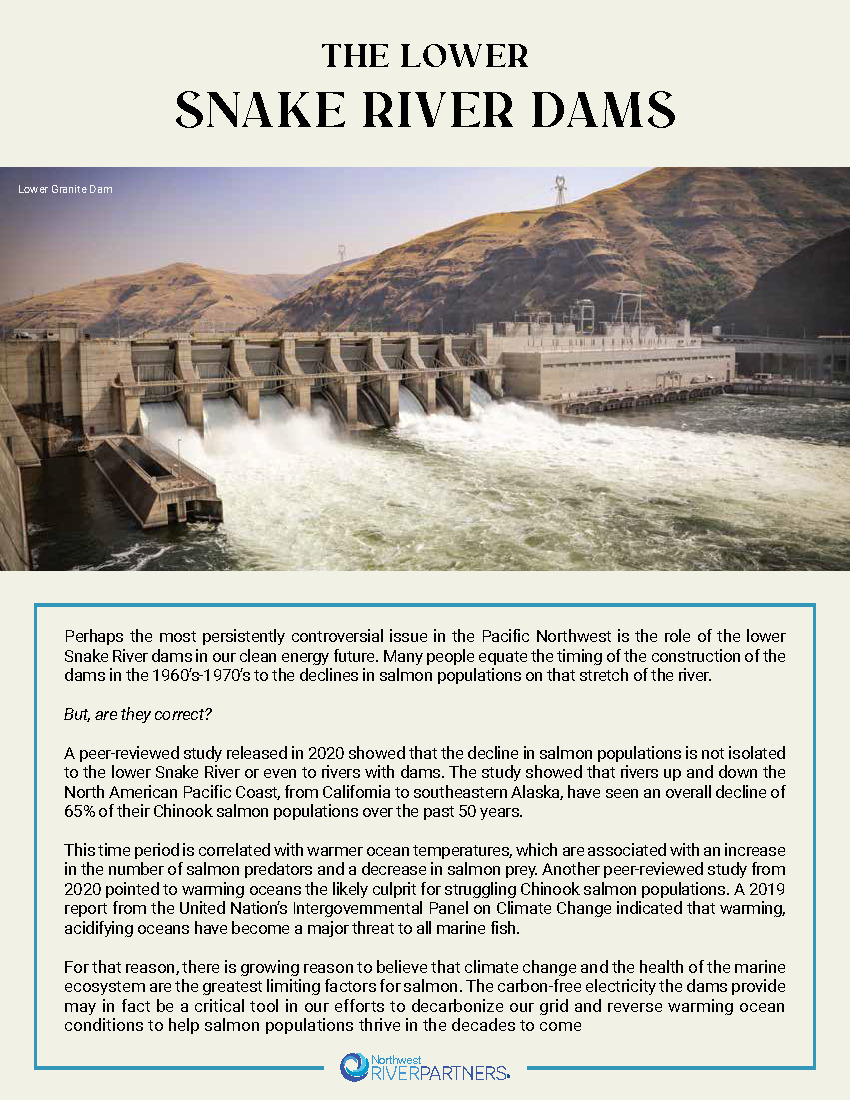 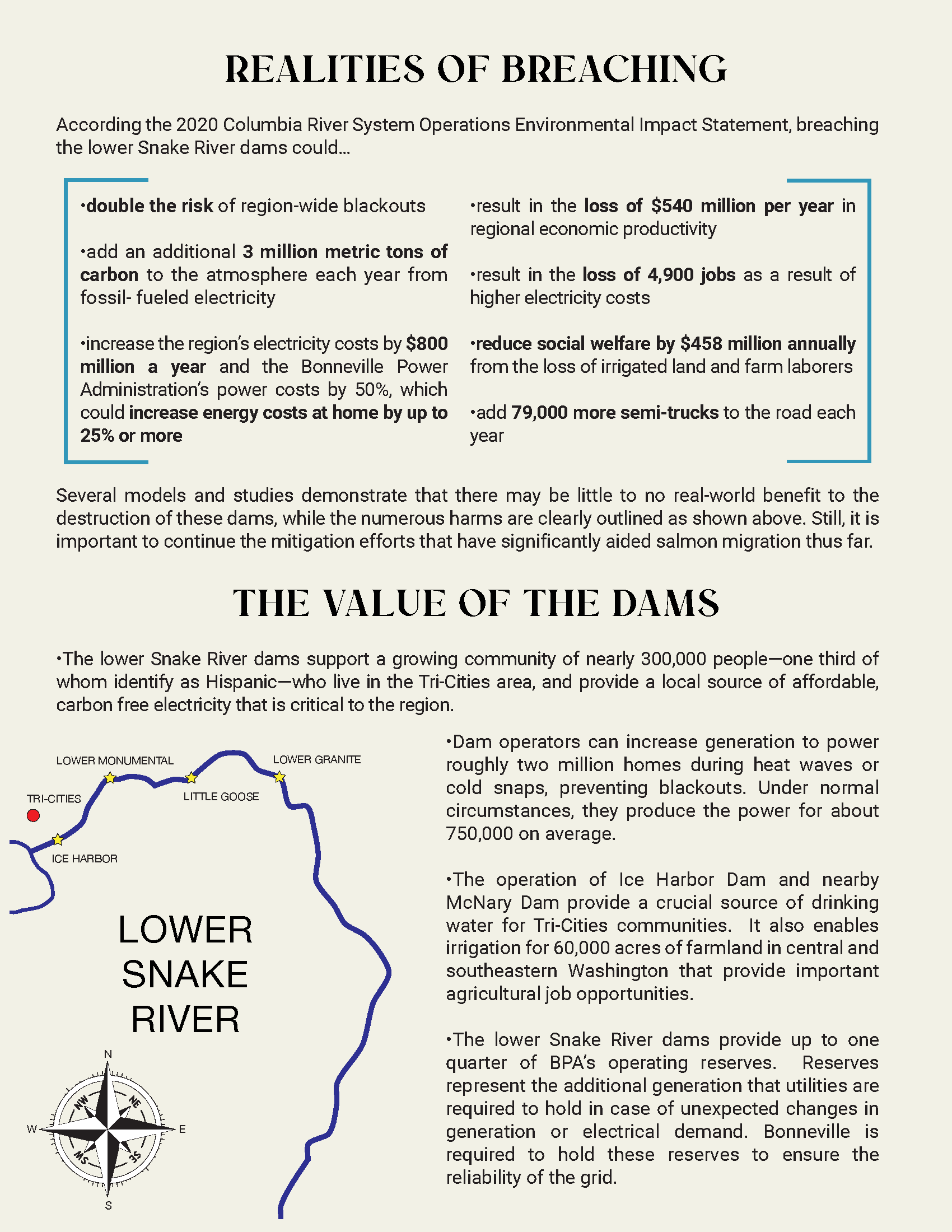 Hydropower acts as a battery, holding potential energy in its reservoirs for when it’s needed – such as the extreme cold of February 2021 and the heat wave in June 2021. Wind and solar cannot act on-demand like hydropower. It’s there when you need it.

“If not for Ice Harbor (dam), we would have been scrambling with customers to move loads around to avoid putting customers in the dark,” – BPA VP of Transmission Operations Michelle Cathcart

The Dams Make Wind and Solar Energy Possible – Without hydroelectricity to fill in the gaps, the grid cannot take the swings in generation caused by fluctuations in wind and sunshine. The Northwest’s demand for ­electricity is highest in the winter when wind is less prevalent and the sun sets early in the day.

Many say that wind and solar can replace the LSRDs. However, the current technology cannot meet the current and growing demand for electricity without raising the price of electricity.

Several independent studies indicate a shortage of electricity generation in the coming years, particularly with the closure of coal plants. The lower Snake River dams are critically needed to avoid a repeat of the 2000-2001 energy crisis that resulted in soaring electricity prices.

“If Bonneville had to replace the four lower Snake River projects’ full capability with zero-carbon resources, the rate pressure could be up to 50% on wholesale power rates.” – Page 32 of the Columbia River System Operations Environmental Impact Statement Executive Summary

More than half of Benton REA’s retail electricity rate covers wholesale power costs. Therefore, replacing lost generation from the LSRDs with carbon-free resources could result in a 25% increase in power costs to our members. Some can afford this, but most Washingtonians cannot. A rise in energy costs would raise the energy burden for vulnerable households more significantly and worsen our homeless crisis. This is wrong.

Hydropower is Reliable – Hydropower acts as a battery holding potential energy in its reservoirs for when it is needed–such as the heat wave of June 2021. Wind and solar cannot act on-demand like hydropower. It's here when you need it.

The Dams Meet Washington’s Carbon-Free Goals – Washington state’s Clean Energy Transformation Act (CETA) commits us to a path of no coal generation by 2025 and 100% clean energy by 2045. Zero carbon emissions are produced during hydropower generation.

Removing the lower Snake River Dams will add more carbon-emitting trucks and trains, not to mention more fossil fuel consumption. This does not align with Washington's clean energy goals.

The Dams Create Tourism, Recreation and Jobs – A free-flowing river would remove all water sports tourism between Lewiston, Idaho, and Pasco, Washington, and would lower the water level of many river-side communities, forcing them to rebuild quickly or lose forever their visitor revenue.

The Dams make Agriculture in the PNW possible – The Columbia-Snake River System is the top wheat export gateway in the U.S. In addition to grain, the river system move nearly $3 billion worth of other commercial cargo.

Apples, alfalfa, grapes onion, potatoes and sugar beets are grown with irrigation water from the reservoir behind Ice Harbor Dam.

The Dams Are Just One Factor in Salmon and Orca Survival – Salmon from the Snake River are only one part of an orca’s diet. Salmon survival rates through these dams are as high as 97%. NOAA Fisheries’ analysis shows Puget Sound Chinook salmon are most important for the Southern Residents. Cleaning the Puget Sound and reducing carbon output would be a better use of time and money in saving our treasured salmon and orca.

Additionally, a peer-reviewed study conducted by Canadian researchers showed a 65% decline in Chinook salmon survival in Pacific Ocean rivers over the last 50 years. Salmon mortality is decreasing from Northern California to Southeast Alaska and in un-dammed rivers. Money and time should be spent on ocean research, not Snake River dam breaching.

The cleanest step forward for salmon is to retain our carbon-free, renewable hydroelectric generation, rather than relying on fossil fuels  that cause rising ocean temperatures to produce electricity and transport goods. Don't step backwards in our climate change fight by removing hydroelectricity from our fuel mix.

Politicians assume dam breaching will certainly improve fish populations. This is an assumption, not science. Removing dams will cost our region billions, without the guarantee of saving salmon.

We support science-based, region-wide commitment to salmon recovery across all aspects of the salmon life cycle.

Over the past several years, Benton REA published informative pieces about the impact hydropower and ocean conditions have on salmon. If you haven't seen these in Ruralite magazine or your member newsletter, click the links below.

A Moment of Truth for the Northwest - October 2019 Ruralite

Manager's Message on Where Reliable Power Comes From - January 2020

The Time Is Now to Save the Dams - March 2020 Ruralite

Our Power Is Water - November 2020 Ruralite

Manager's Message: United to Save Salmon and Hydropower - January 2022

Dams: One Structure, Many Benefits

Benton REA is one of many local organizations supporting the lower Snake River dams.  Learn more about these partners by clicking the buttons below. 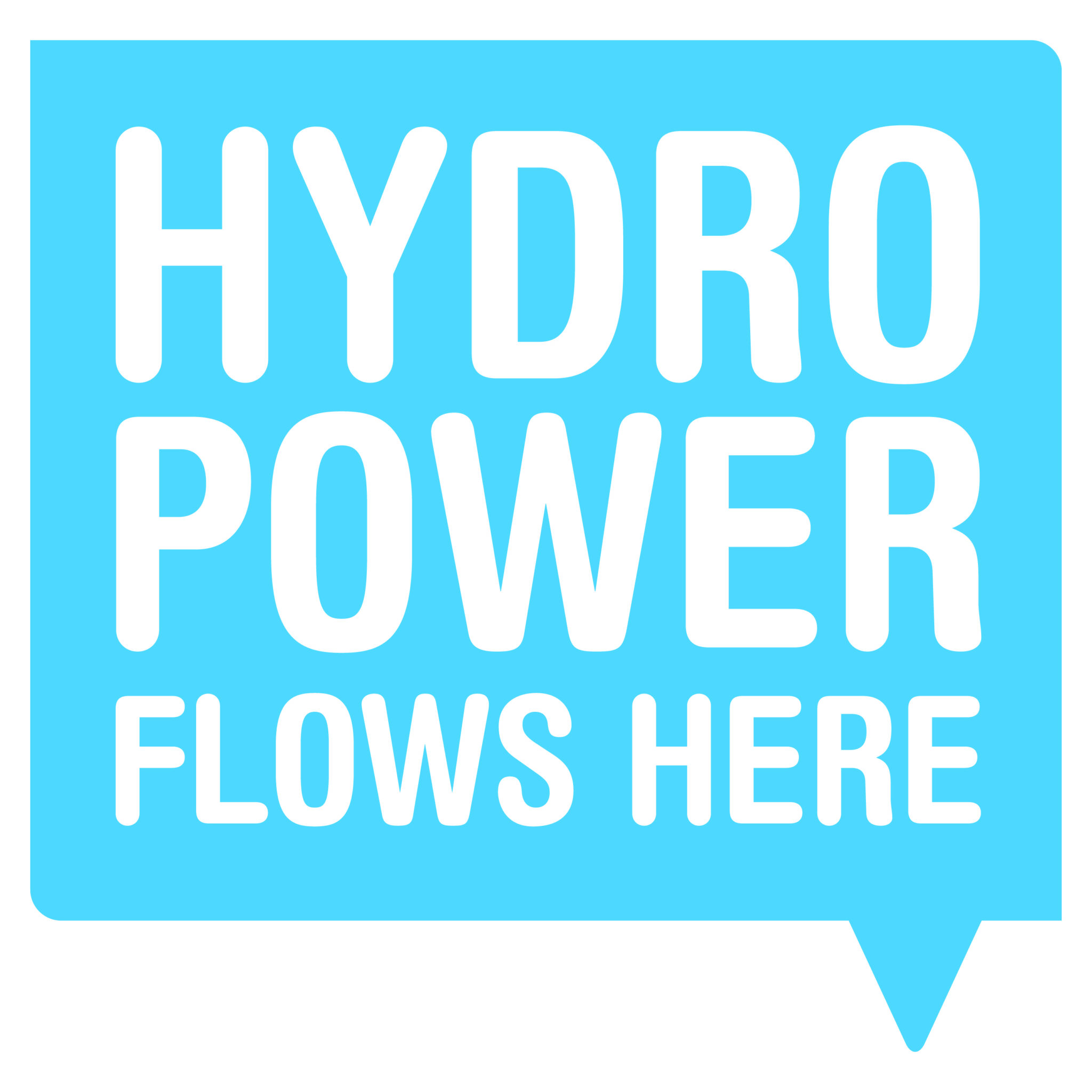 The Power of the Northest Dams

The Snake River dams produce enough carbon-free electricity to power the cities of Boise, Spokane and the Tri-Cities combined.

If you have any comments, questions or concerns about any of the positions held by Benton REA, please contact member services by calling 509-786-8265.