Benton REA remains active in the Washington State Legislature and the U.S. Congress, protecting and enhancing the benefits of the member-owners of our cooperative. Each year representatives of Benton REA attend rallies, hearings and also meet with state and congressional representatives to discuss the cooperative’s positions on various bills and issues.

Benton REA's Letter to the Inslee-Murray Process, May 2022
Click for more information about the LSRDs and how you can help

Members of our local Congressional delegation have declared the value of affordable, reliable hydropower to our Northwest economy and way of life.  The Benton REA board unanimously approved a resolution to support the passage of H.R. 3144. Click on the links below to read the resolution and press release.

We encourage Benton REA members to contact your congressional delegation to express your support for hydropower and the four Lower Snake River dams.

Benton REA currently has three legislative priorities at the state level: Carbon Policy Principles, Local Control for Rural Co-ops and Rural Broadband. Learn more about Benton REA's position on these and other standing issues by clicking the button below.

Be a voice for your co-op!

Benton REA is engaged in a national get-out-the-vote campaign called Co-ops Vote. We invite you to join us.

Co-ops Vote is a non-partisan project of American’s Electric Cooperatives designed to encourage co-op members to vote and support their co-ops and their community when they go to the polls. The Program does not endorse or recommend candidates for election.

Co-ops Vote was launched in 2016 to reverse a troubling trend: In the 2012 elections, voter turnout in rural areas declined by 18 percent – twice the voter drop-off seen nationally. More than 700 electric co-ops in 47 states responded by joining the Co-ops Vote program to increase voter engagement in the communities they serve, and it was a tremendous success. Rural voter turnout in 2016 increased by more than a half-million Americans. Together we grew our political influence and encouraged lawmakers to pay more attention to the issues affecting rural Americans. We need to harness this momentum and ensure that Co-ops Vote continues to thrive.

Visit Vote.coop to join and learn more. And by all means, make sure you are registered to vote and that you cast your ballot on Election Day – every Election Day. 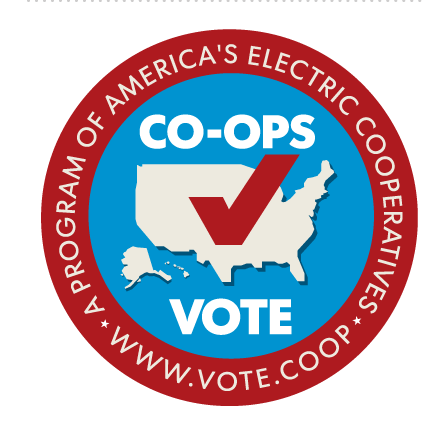 If you have any comments, questions or concerns about any of the positions held by Benton REA, please contact member services by calling 509-786-8265. 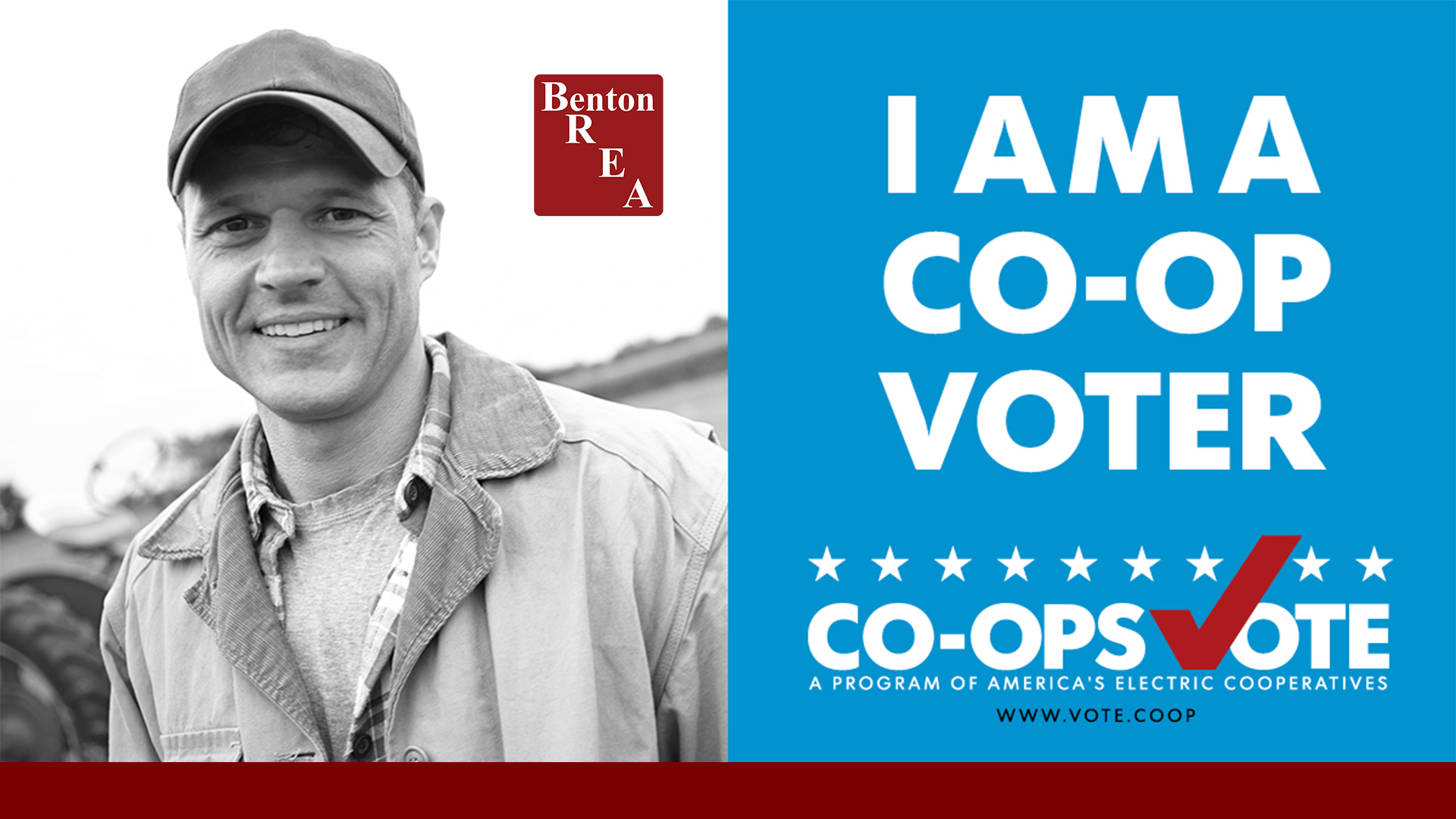