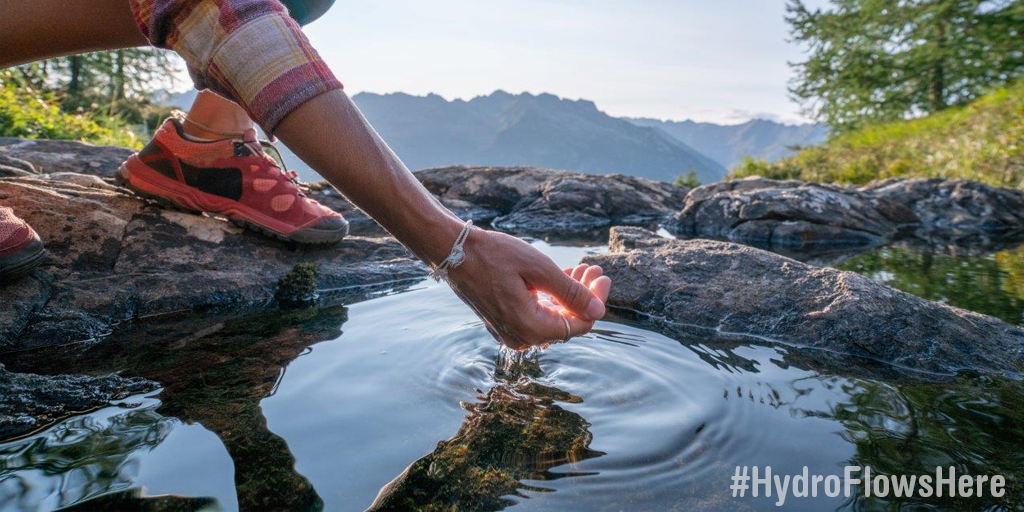 Hydropower is the most abundant energy source in the Northwest. It’s also reliable and renewable, thanks to the benefits and predictability of our planet’s water cycle.

The water cycle, also called the hydrological cycle, is the path water takes as it changes from solid to liquid to gas and back again, recycling it over and over. Earth has all the water it ever had or ever will have: the water you drink has cycled around the globe for billions of years.

From Sunshine to Turbine

As the sun heats our oceans, rivers and lakes, water turns to vapor, or evaporates, and then rises into the atmosphere where it cools and condenses, forming clouds.

Once enough water vapor condenses in clouds, water drops form and fall back to the Earth’s surface as rain, snow, hail or other forms of precipitation. Most of the water returns to the surface as rain.

Rain that falls onto and moves across the land, called runoff, can flow back into rivers and oceans. Runoff also comes from melting snow and ice. That’s where the Columbia River gets most of its water. Some precipitation is absorbed directly into the ground, where it becomes groundwater.

Similar to the water cycle, hydropower reuses the water that passes through the turbines. Unlike other power sources, such as coal or natural gas, hydropower plants don’t consume their fuel. The water continues to flow downstream, unchanged, before it’s eventually used once again.

June 1, 2020
Dear Members, 2020 has brought both challenges and opportunities for Benton REA. The COVID-19 pandemic...

May 30, 2020
A randomly selected group of members will receive a postcard this month asking them to...

May 22, 2020
Twenty thousand dollars is feeding local families thanks to Benton REA and matching funds from...

All in a Night’s Work