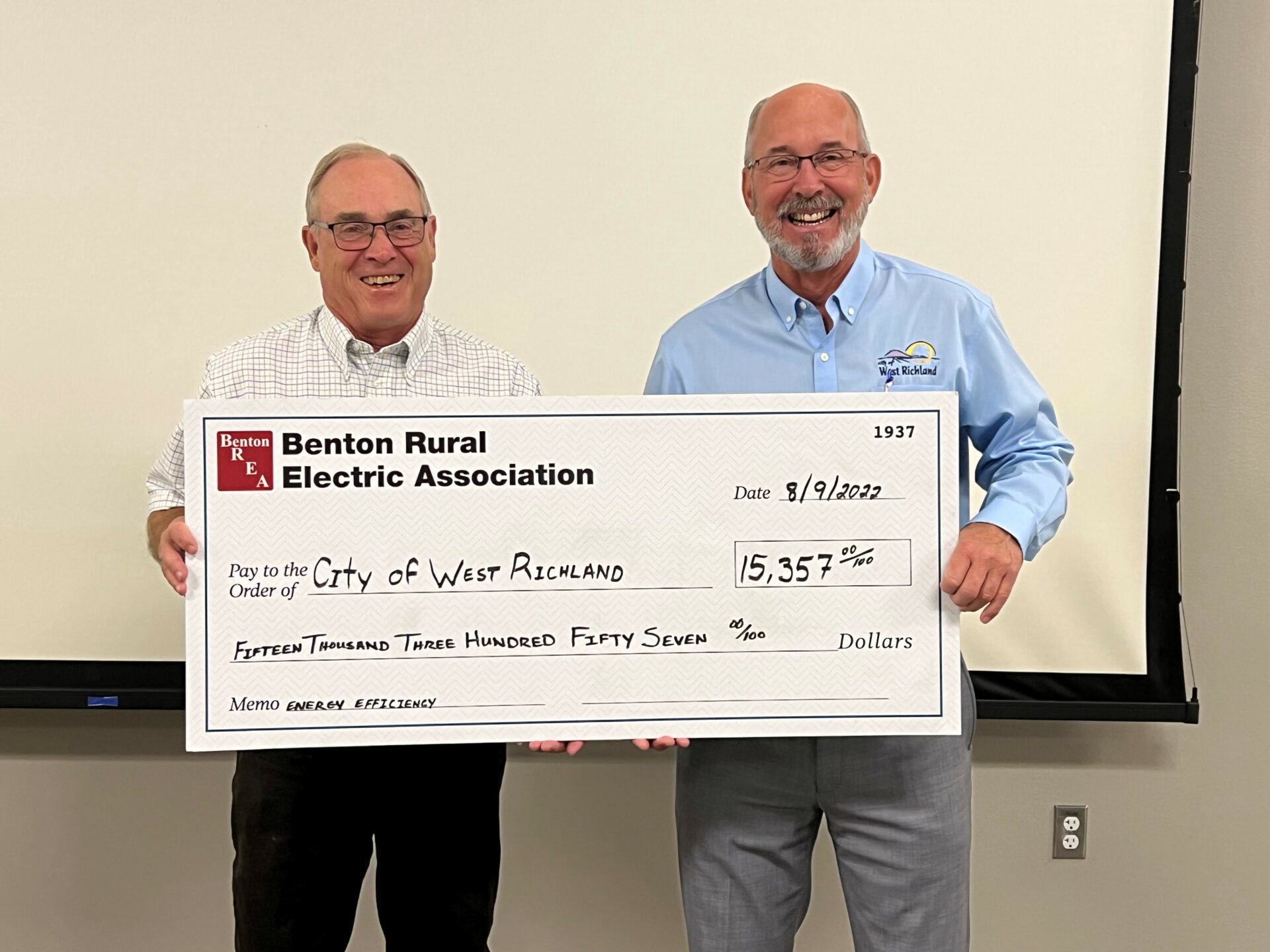 On August 9, Benton REA presented the city of West Richland the second of two rebates for energy-efficiency improvements to its wastewater treatment plant.

“Since 2016, there have been two major efforts completed where energy savings has persisted and reduced operational expenses for the city of West Richland ratepayers,” says Tony Simon, with the Bonneville Power Administration Energy Smart Industrial program, a contractor for Benton REA.

Starting in 2016, the city worked with Benton REA’s energy professionals to tune up the controls for the plant’s aeration system, ultraviolet disinfection and HVAC units, allowing operators to calibrate equipment to achieve effective wastewater treatment and energy savings.

Benton REA awarded the city more than $32,000 in incentives, with $17,379 paid in November 2018 and $15,357 paid in August 2022. The second incentive rewarded the city for its capital investment to realize the full energy savings potential for the aeration system.

“Aeration is the process of adding air to the wastewater to promote degradation and is typically the most energy-intensive process for wastewater treatment plants,” says Austin Rogers, also with Energy Smart Industrial. “Improvements to these systems can have a huge impact on the plant’s operating costs.”

Additionally, Dustin Miller, sewer operations supervisor for the city of West Richland, worked with Tony to evaluate a proposed upgrade to the biosolids process to replace the current practice of biosolids handling.

“Dustin’s decision to not pursue this project and to directly haul to Natural Selections is economically favorable and saves the city of West Richland $729,000 in capital investments and $23,000 per year in prevented labor and operating expenses,” Tony says. “This includes preventing a 20% increase of electric energy use or 217,832 kWh per year, equivalent to 18 West Richland homes.”

Businesses interested in reducing their electrical energy use can contact Benton REA at 509-786-8265 to learn more about the co-op’s commercial and industrial incentives, loans and programs.