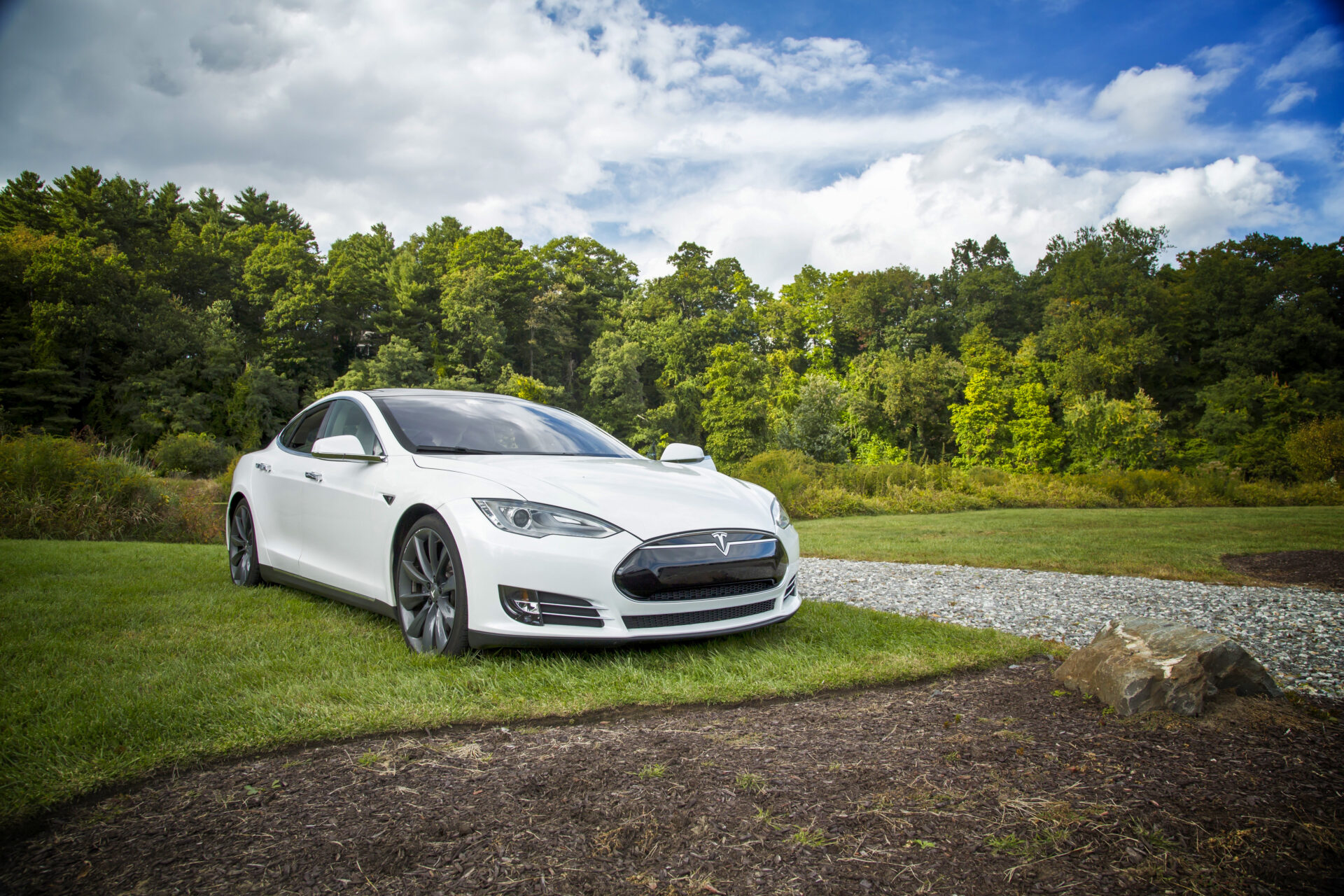 If you want a really powerful car—one that can accelerate from 0 to 60 mph in fewer than 3 seconds—consider the NIO EP9 electric vehicle. Be prepared to open your wallet, though. It costs more than $1 million.

Modest versions of electric cars offer a respectable kick. The Chevy Bolt, Nissan Leaf and Tesla Model 3—with price tags from $31,000 to $38,000—make the jump to 60 mph in 3 to 9 seconds, which is about average for U.S. cars.

There is a built-in reason electric cars hold their own in performance, says Brian Sloboda, program and product manager at the National Rural Electric Cooperative Association.

“In an electric car, all of the power is going into the wheels,” he says. “With a gas-powered car, a lot of power is lost inside the mechanical engine. If you sit in an electric car and the driver smashes down on the accelerator, you are going to be thrown into the back of your seat, much more so than many gasoline cars.”

Electric vehicles—which some people traditionally have viewed as glorified golf carts—hold a lot of other surprises.

“The battery is at the bottom of the car, so you have a lower center of gravity, which means you can take the corners crisper,” Sloboda says. “If you do a lot of driving in the hills or mountains, they are fun.”

Analysts project a rapid rise in electric vehicle sales. A mid-2020 Deloitte forecast projected EV’s would make up 27% of U.S. auto sales in 2030.

About 700,000 electric vehicles drive on U.S. roads today, according to CoBank, a financier for electric co-ops. It projects that number could jump to 3 million in the next five years.

Many drivers buy electric cars for environmental reasons. Sloboda says there is no doubt an electric car is cleaner than a gas-powered car.

The biggest roadblock to growth in the electric vehicle industry is range anxiety. Sloboda says the fear of getting stranded far from home with no way to refuel may be overblown, and is becoming less of a concern.

The Federal Highway Administration reports the average American drives 37 miles a day. Most electric cars on the market today have a range of 120 to 250 miles.

Sloboda says electric car acceptance doesn’t need to wait for a network of charging stations to appear around the country.

“No more having to stop and fill your tank up once or twice a week,” Sloboda says. “You can charge it at home while you’re sleeping and wake up to a full tank every single day.”

He notes electricity costs less per mile than gasoline.

There are three ways to charge an electric car:

The simplest and slowest charging technique is to plug the car into a standard home outlet. That charges the battery at a rate that will add 2 to 5 miles to its range each hour.

Faster charging requires a professional to install a Level 2 charger that adds 10 to 25 miles of range for each hour of charging, which would fully charge the battery overnight. The equipment costs $500 to $800. Labor is at least that much.

DC fast charge—which requires specialized equipment more suited to public charging stations—brings a battery up to 80% of capacity in 30 minutes. Sloboda warns this technique should only be used for long-distance driving, since it can degrade the battery over time. This degredation is why DC chargers shouldn’t be used to bring the battery up to 100%.

Electric cars also can save on maintenance, Sloboda says.

“With an electric vehicle, you don’t have oil changes, and you don’t really have transmission fluid changes,” he says.
Regenerative braking in electric cars uses the electric motor to slow the car rather than relying only on brake pad friction.

“A lot of electric vehicle owners are saying they’ve never replaced their brakes because you just don’t have the physical wear and tear on the brake pad,” Sloboda explains.

The initial cost of the vehicle affects the economics, although tax breaks at the federal level and in some states can reduce costs by several thousand dollars.

In terms of price, “these cars are really in the luxury and performance car categories,” Sloboda says.

One of the most radical new notions about electric vehicles is to think of them not as cars or trucks, but as consumer electronics, Sloboda says.

Like they do with cellphones, Sloboda says, consumers might consider leasing an electric car rather than buying one, making it easier to trade in the car to take advantage of the annual improvements in battery life and other features.

Is an Electric Vehicle Right for You?

Should your next car be electric? The answer could depend on where you live.

Electric vehicles account for about 2% of the U.S. vehicle market, but sales are booming. Here are factors to consider when assessing whether an electric vehicle is suitable for you.

According to the Federal Highway Administration, the average American drives 36 miles a day. The typical range for an electric car today is more than 100 miles, with ranges of 150 to 250 miles common.

“If you’re an insurance salesman you’re logging a lot of miles, so an electric car’s not going to be for you,” says Brian Sloboda, program and product manager at the National Rural Electric Cooperative Association. “For most people in the United States, even in rural areas, that number is under 40 miles per day. So if your car has a range of 120 miles, that’s a lot of wiggle room.”

Track the number of miles you drive to see if your routine can fit in an EV’s range.

What you pay to charge your electric car could depend on whether your local utility offers a lower rate overnight, when demand for electricity tends to be lower.

“It’s different depending on where you are in the country,” Sloboda says. “There are areas of the country where the on-peak, off-peak difference in price is extreme.”

Benton REA currently charges a stable per kWh charge throughout the day, but trends towards higher demand during peak hours could open the door to time-of-use rates.

Issues 3 and 4: Environment and Geography

For many people, one of the biggest selling points for electric cars is their more favorable effect on the environment compared to conventional vehicles.

“Seventy-five percent of people now live in places where driving on electricity is cleaner than a 50 mpg gasoline car,” says a report rom the Union of Concerned Scientists.

Climate and geography also affects performance. If you regularly drive up and down mountains, or make a lot of use of the heater or air conditioner, performance is sacrificed.

Sloboda says electric vehicles are not for everyone—yet.

Sloboda says there is no technological barrier to making an electric pickup, and suggests advantages: a heavy battery in the bottom would lower the center of gravity for better handling, and at a remote worksite the battery could run power tools.

Ruppert Substation to be Energized in December

Help Your Neighbor this Giving Tuesday

November 28, 2021
November 30 is Giving Tuesday, the unofficial holiday when, after saving a lot of money...

November 27, 2021
The cover photo on the 2022 Ruralite calendar was submitted by Benton REA member and...

Support Local and Save

November 24, 2021
Use Your Benton REA Co-op Connections Card to save at local businesses this holiday shopping...

We Need Your Feedback on Washington’s Clean Energy Transformation

November 8, 2021
Children of Benton REA members whose main residence is in Benton, Yakima or Lewis counties...

November 1, 2021
Dear Members, Broadband is internet access operating at 25 megabits per second or faster. That...

What Are Hybrid Electric Water Heaters?

Get familiar with Cyber Basics

October 19, 2021
After 20 months of waived late fees and no disconnection of service for nonpayment, Benton...
Scroll To Top