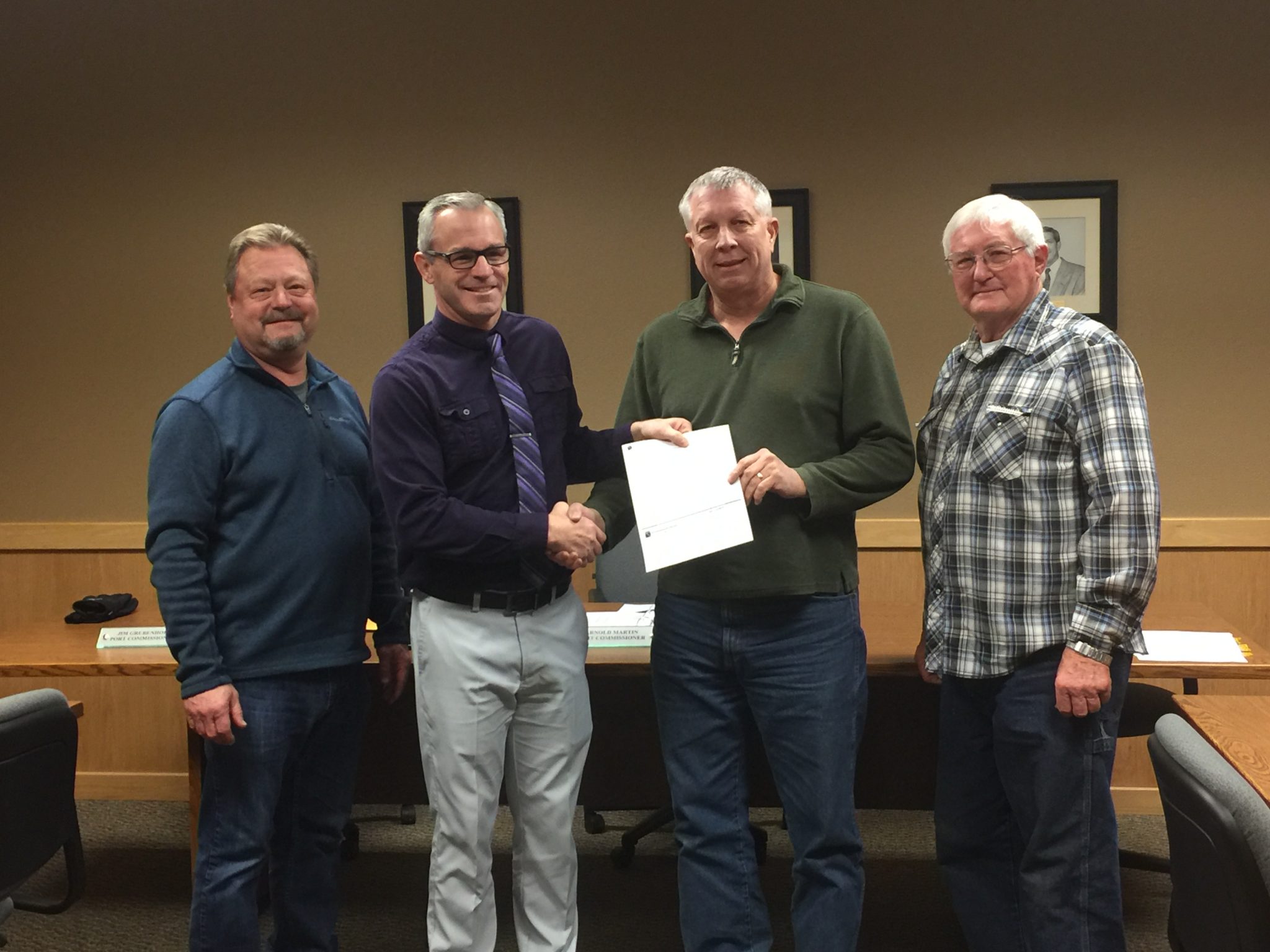 The Port of Sunnyside accepted a $100,000 energy efficiency rebate from Benton REA at its Dec. 4, 2017, commissioner’s meeting. The rebate was granted to the Port for the energy savings gained from the installation of their covered anaerobic lagoon (CAL) expansion.

“This is the single largest rebate check Benton REA has written in the history of its commercial efficiency incentive program,” stated Troy Berglund, community development and member relations manager for Benton REA. “We are excited to further help the Port of Sunnyside in its economic development efforts.”

The Port’s new anaerobic digester is projected to save 4,484,186 kilowatt hours (kWh) and $168,156.98 annually. The savings are due to the CAL’s biological anaerobic treatment process, which uses almost no electricity compared to the doubling of electric aeration equipment that would have been required if the CAL had not been installed.

“The electricity saved was an added benefit from all the growth,” said Jay Hester, executive director of the Port of Sunnyside. The addition of the CAL was necessary for Darigold’s expansion and the addition of 50 family-wage jobs at the plant.

In addition to the energy efficiency rebate, Benton REA helped the Port of Sunnyside secure several grants and loans through both the cooperative and the United States Department of Agriculture to help fund the CAL expansion in 2014.

Integrating Other Renewables: The Perfect Partner

August 4, 2020
When the sun sets and the wind fades, the river rolls on The perpetual nature...

Manager’s Message – August 2020, Worth the Cost

August 1, 2020
Dear Members, This year has been mentally, emotionally and, for some, financially draining. In these...

Benton REA Pays $1.8 Million Back To Members During COVID-19 Pandemic

July 15, 2020
Ownership credits have traditionally been paid in December, but Benton REA is paying them early...

June 1, 2020
Dear Members, 2020 has brought both challenges and opportunities for Benton REA. The COVID-19 pandemic...
Scroll To Top