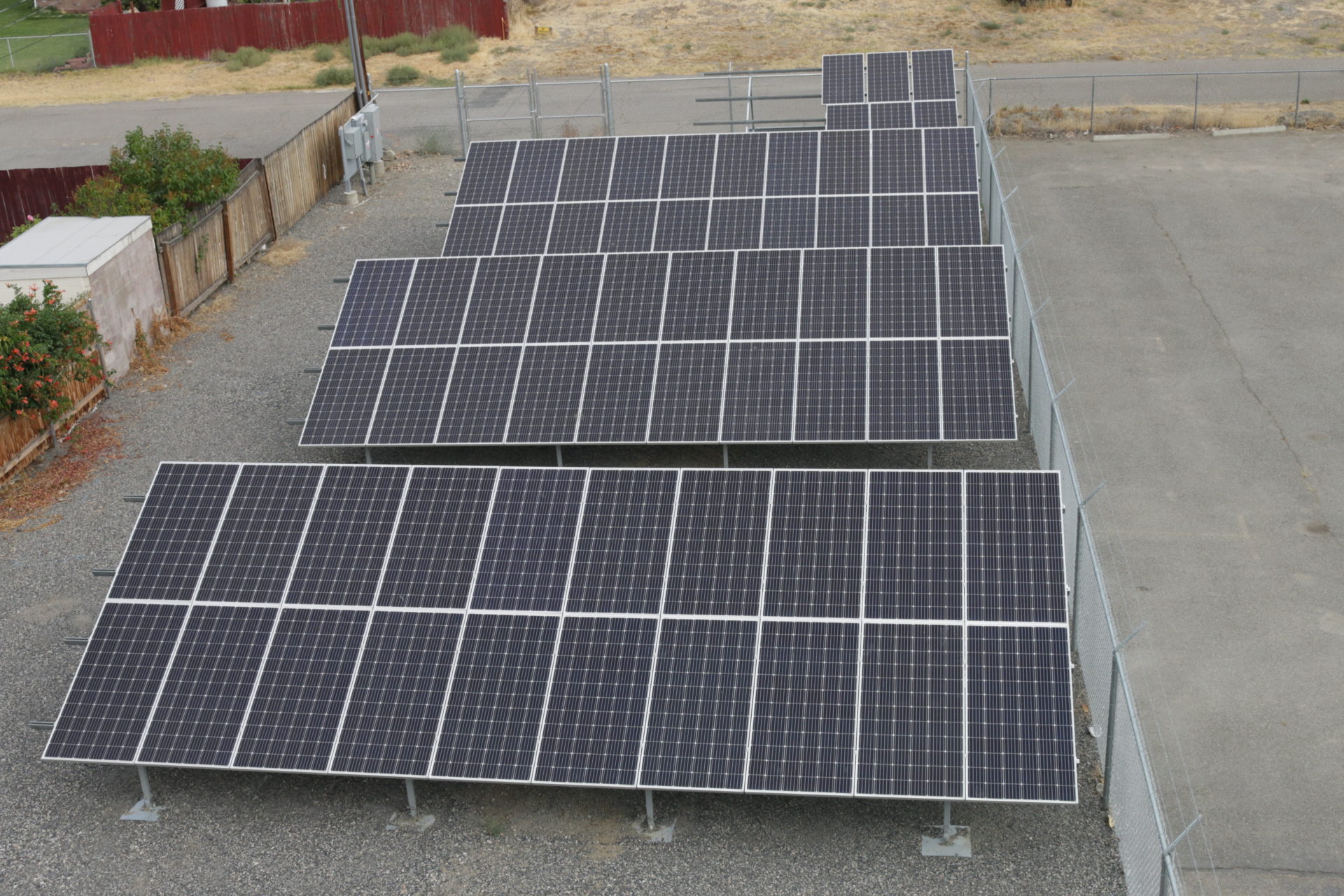 Thirty-one Benton REA members invested in the project and are reaping the benefits of renewable, carbon-free energy produced in West Richland.

“We thought it was an exciting project for the environment,” says Paul Dowdy.

He and his wife, Jan, have been members for more than 40 years and invested in one Co-op Solar unit.

“We weren’t sure about installing solar panels on our house or a wind turbine, but we could be still be involved with Co-op Solar,” Paul says.

In the first two months, the array produced very little solar energy, due to Eastern Washington’s typical cloudy winters and the large amount of snow accumulated in February 2019. However, the sun came out in March and remained a steady energy-producer through October. The sunniest month was July, producing 6,280 kWh.

The project was estimated to produce 43,725 kWh annually. It fell short of that goal.

Electricity generated from Co-op Solar is credited to the electric accounts of the 31 Benton REA members who enrolled in the program in August 2018. Co-op members were given the opportunity to buy the energy produced from the 550 solar units at $200 per unit. The project sold out in eight days.

In 2019, each solar unit produced about 74 kWh. Participants received $5.80 in credit on their Benton REA electric bill per unit in which they invested. In addition, they each received from Washington state $0.16 per kWh for electricity generated by their units. This state incentive is distributed each year in June for a total of eight years. The project is expected to fully pay for itself in fewer than 15 years.

Benton REA member Bruce Hugo is a self-proclaimed skeptic about solar energy. But, he invested in 55 Co-op Solar units.

“I wanted to put my money where my mouth was to see how it would play out,” he says.

Bruce keeps track of his payback each month and says he’s learned from the experience.

“A combination of the actual value of the power you’re producing and the support you get from the government is enough that it will pay for itself in a reasonable amount of time—less than the lifetime of the project,” he says.

“There were no unpleasant surprises.”

“We wanted to give as many people as possible a chance,” says Jan. “We started with one unit and said we’d add more if they were available.”

Donnie Petross invested in five units. Although the payback isn’t as large as he’d hoped for in the first year, he was happy with the state incentive he received. He said he participated in part to help increase his energy-independence.

“The dams are a majority of our energy,” he says. “And that’s clean energy, too.”

Benton REA has no plans to expand Co-op Solar but is always listening to members’ concerns. Members who wish to participate in Benton REA’s residential or commercial net metering program should call 509-786-8265.

More Co-op Solar production data and graphs can be found at BentonREA.org/co-op-solar.

June 1, 2020
Dear Members, 2020 has brought both challenges and opportunities for Benton REA. The COVID-19 pandemic...

May 30, 2020
A randomly selected group of members will receive a postcard this month asking them to...

May 22, 2020
Twenty thousand dollars is feeding local families thanks to Benton REA and matching funds from...

All in a Night’s Work