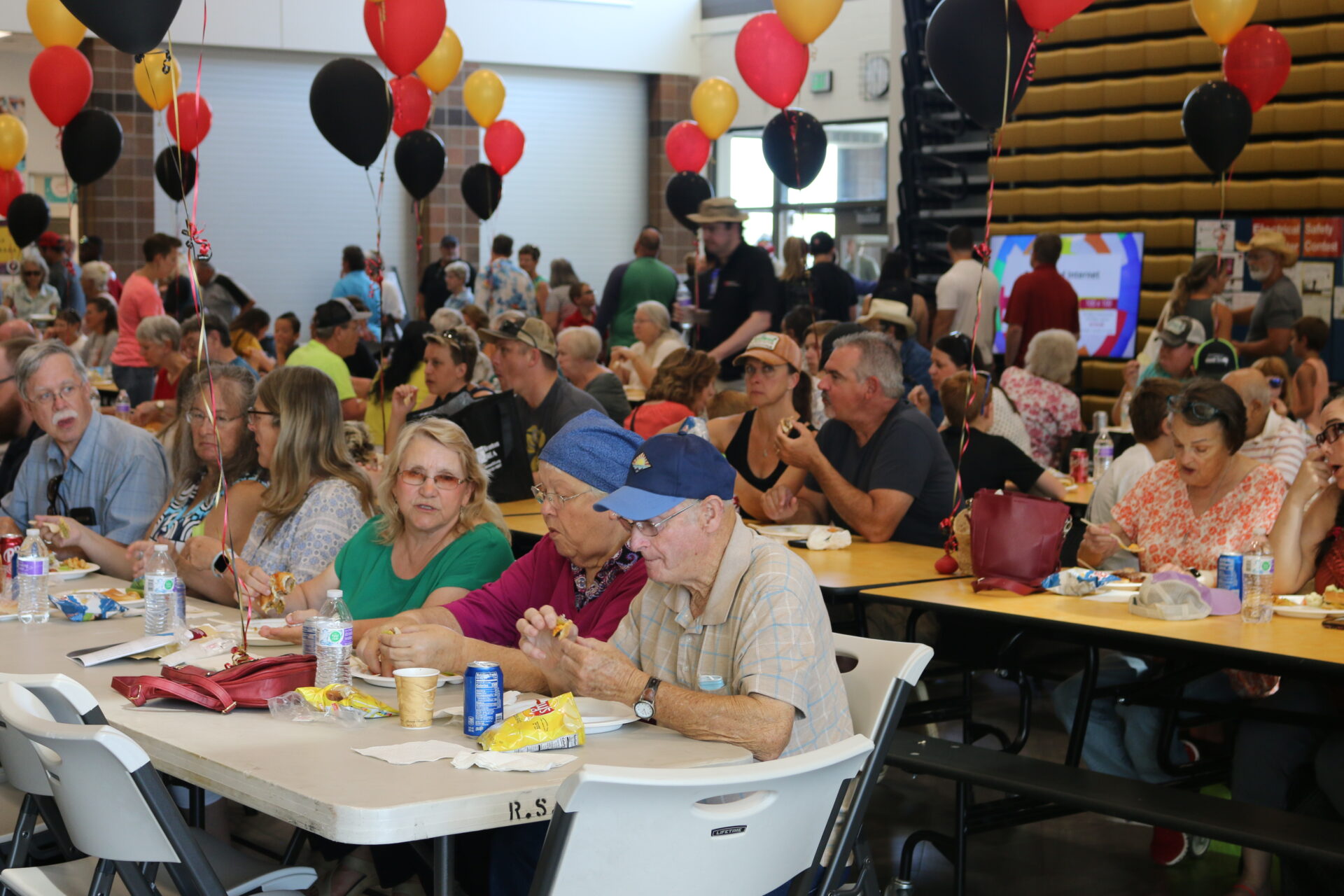 Benton REA Trustees Mike Freepons, district 2; and Bob Evans, district 3 were reelected to serve three-year terms on the Benton REA Board of Trustees. Final votes were counted during the 85th Annual Meeting of Members on July 16, at Leona Libby Middle School in West Richland.

Throughout the morning children and adults learned about hydropower, nuclear power and other forms of clean energy.

Many children’s faces were painted. Prizes were awarded to those who visited all the booths on their passport.

Lunch was served before the business meeting began at noon.

During the business meeting three video presentations were played. These include Trustee Catherine  Russell’s secretary/treasurer’s report, President Connie Krull’s report, “Creating a Sustainable Future for  Benton REA,” and the 2021 Year in Review video featuring General Manager Mike Bradshaw. These videos and the annual meeting livestream can be viewed on the Benton REA YouTube channel at www.BentonREA.org/YouTube.

The 2022 scholarship recipients and Electric Cooperative Youth Tour delegates were recognized during  the meeting. More than 30 door prizes were awarded to those whose names were drawn and who were present at the meeting. Winners of five $100 electric bill credits and five $500 grand prize electric bill  credits were also drawn. The business meeting adjourned at 1:30 p.m.

See You Next Year

The Benton REA Board of Trustees will announce the date and location of the 86th Annual Meeting of Members later this year. Look in upcoming issues of Ruralite magazine for your 2023 invitation.

December 20, 2022
Children of Benton REA members whose main residence is in Benton, Yakima or Lewis counties...